did you ever do show and tell at school when you were just a little kid? you know… take something to school and show it to the class and tell about it. did you know good writing has show and tell and if you got a balance of show and tell it makes your story move and groove. wow! how cool is that!

so whats the diff?

telling is just that. its telling the reader whats happening. its a summary of the action and it doesnt describe stuff or do dialogue or thoughts or feelings or sensations. it gets the story moving pretty fast. but…too much telling could make it move just way too fast and then it could end up with the “B” word…B-O-R-I-N-G! ack!.

showing has lots of details for important things that happen. it has dialogue and characters thoughts and feelings and sensations. it slows the story way down. but…too much showing could make it move too slow and that ends up with you know what. yep! that’s right! its the “B” word! ack!

a good writer has both show and tell in a story so that it moves at a good readable pace. how could you know how to balance it out? miss gail carson levine in writing magic creating stories that fly says…

“In general, you want to put in details that reveal character, or move the story along, or establish the setting or the atmosphere. The best details do more than one at the same time. Usually, when we write, we mix showing and telling together. We tell a little here, show a little there. Often the two are so closely entwined that you can hardly separate them.”

i learned from my writers books and from first impressions that miss dianne salerni does on her blog mostly i been telling and not showing when im writing. so now i gotta go back and edit a lot of stuff so i could have a balance of show and tell.

what about you? do you mostly show or mostly tell or do you have a good balance between show and tell?

…hugs from lenny
Posted by Lenny Lee at 1:22 AM

whatever wonderful, warm, witty and wise words you manage to come up with! 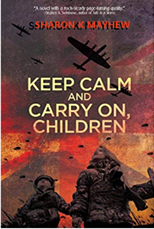